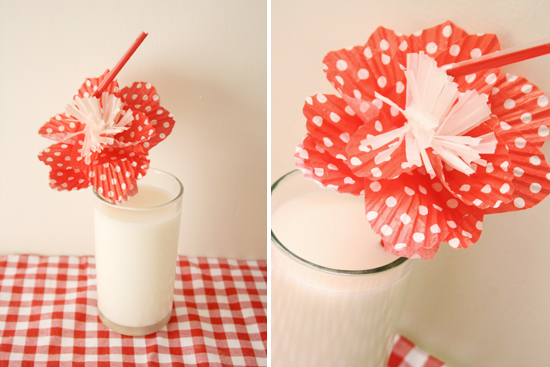 This pretty straw is made with cupcake liners! It’s such an easy craft to do and it makes every drink look festive.

The full instruction continues after the jump . . .

How to make it

Fold and cut the first four cupcake liners like on the instruction picture below. Then cut a small hole in the middle of each of them. Fold the white liner like shown below and cut small stripes on the outside of the liner. Take the first of the colored cupcake liners with the colored side down and put the straw in the middle. Glue the liner to the straw. Take the next colored cupcake liner with the colored side up and glue with a few dots to the first one. Repeat for the next two. Make sure you rotate the petals a little bit to make it look more natural. Now take the white cupcake liner and glue it to the straw in the middle of the flower. Shape the flower and put dots of glue to let it stay in shape. 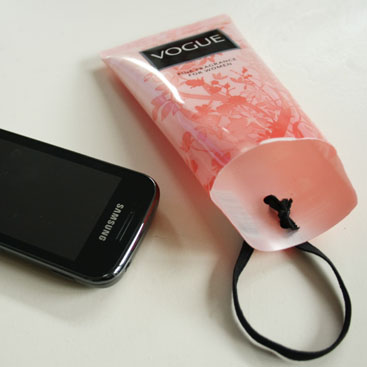 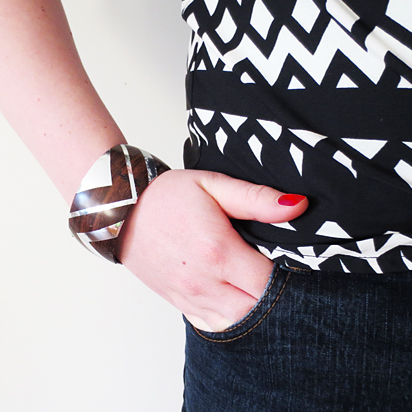