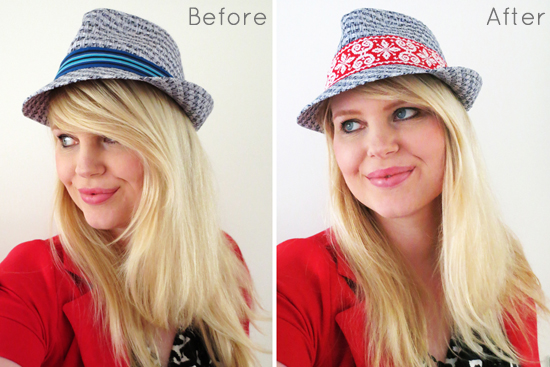 I love hats, but I must admit that I don’t wear them that much. So it would be a shame to spend a lot of money on one.  The downside of cheap hats is that the band around  it looks very cheap. I bought the hat in the picture  for 2.50 Euro on sale. The blue stripe is pretty fun, but it’s a synthetic band and it shows. I decided to give it a makeover by using a vintage band that I found a while back at a flea market. Now my had is a unique piece and it  looks so much better!

Read on to see how you can do an easy and fast hat makeover . . . 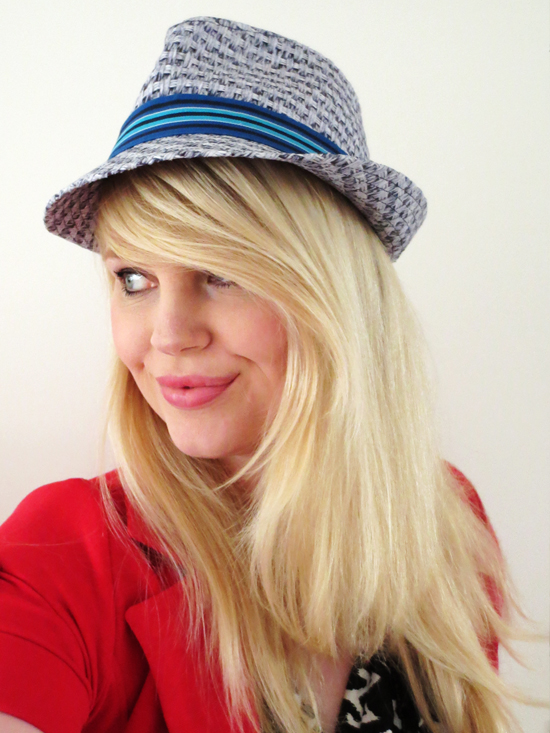 What do you need for this easy and fast hat makeover

– A hat with a band in need of a make-over
– Band of choice, either wider or of equal width as the original band of your hat
– Hot glue gun
– Scissors

How do you give your hat an easy and fast makeover

1. Cut a piece of band the size of the old band. Glue the new band using your glue gun on to the hat. Start somewhere on the side and only glue the bottom of the band. Keep a little space at the beginning and at the end of your band glue free so that later (in step 3) a strip of band can slide underneath. This means that you have to keep both the beginning and the end of your tape glue free for slightly more than half of the width of the band. For example, if your band is 3 centimeter wide than you keep 2 centimeter free of glue on both sides.

2. Because your hat probably slightly tapers towards the top, your band will not fit closely on the hat. Make a cut in the band on the back of your hat. Glue this on top of each other after you’ve pulled the rest of your band tight and glued down. Make sure that you still don’t glue the ends.

4. Fold the small piece of tape down so as to hide the unfinished ends and use your glue gun to glue it in place.

5. And your ‘new’ hat is ready! Was that a quick makeover or what? XO Wilma 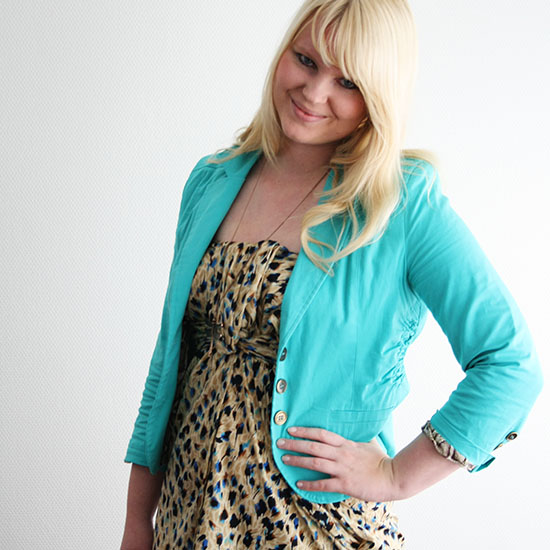 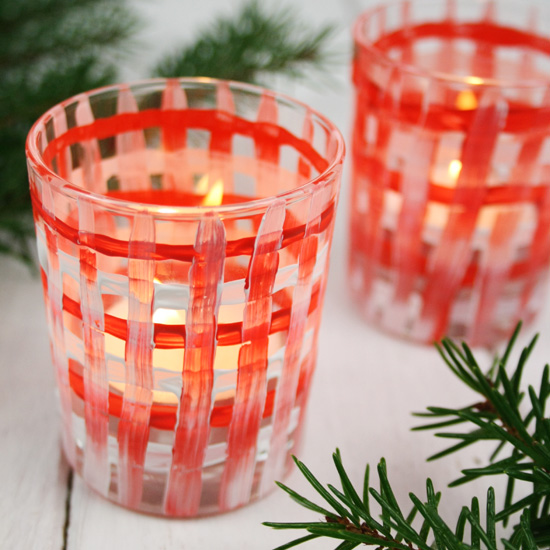 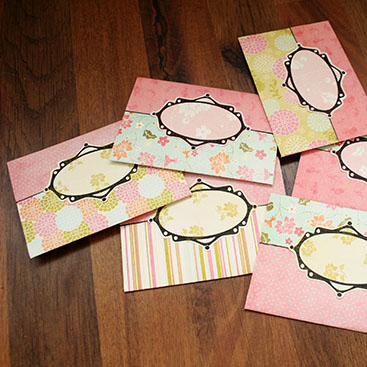