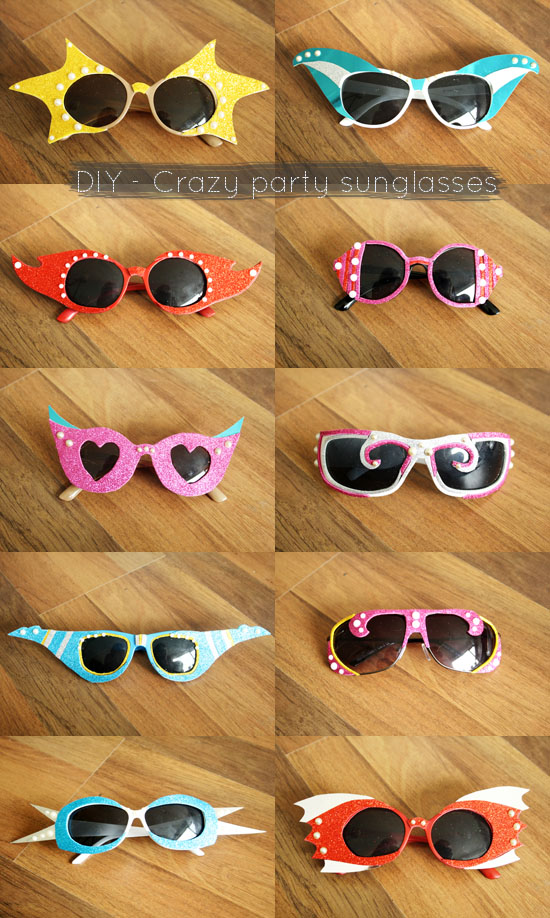 A friend of mine is having a party were everybody should wear sunglasses. It’s called: “Post-summer sunglass birthday house-cooling-rewarming party”. Yeah, I know, that’s a lot of words for a party! I told him I could make some crazy ones for him. That would be great for pictures and it’s so much fun! So today I made him ten pair of crazy party sunglasses. It’s a pretty easy project and I hope they will be a big hit at the party!

Learn how to make your own pair of crazy party sunglasses after the jump. . .

What you need for these crazy party sunglasses

For decoration you can use spray paint, glitter, glitter foam, beads, adhesive pearls, pretty paper…. Whatever you like!

How to create these crazy party sunglasses

I could show you the whole process of making the winged party sunglasses. But I love some creativity, so I decided to just show you how to make the base. From there you can let your imagination go wild!

1. Create a template for the wings on you sunglasses. Trace around the sunglasses on a piece of paper and sketch the shape of the wing. If you want to trace the inside of the sunglasses you could try to pull the glasses out. If you want to spray paint the sunglasses, like I did, you should do this later on anyway.
3. Cut the wing template out and make sure that it fits on your sunglasses.
4. Trace around the wing on your cardboard. Put the template upside down and trace again. Don’t trow away your template, you might use it for the decoration later!
5. Cut out the wings and glue it on your sunglasses.
6. Now let your imagination run wild! I spray painted this pair of sunglasses and I used glitter foam sheets with a sticky back for the wings. I also put some adhesive pearls on the wings. You can do whatever you like! XO Wilma 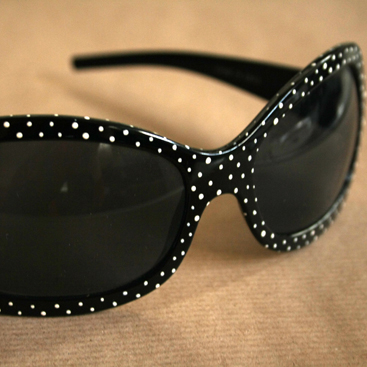 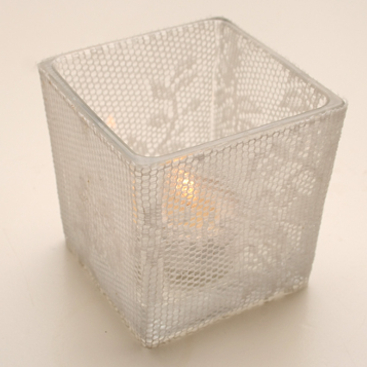 DIY – How to print on bookpages